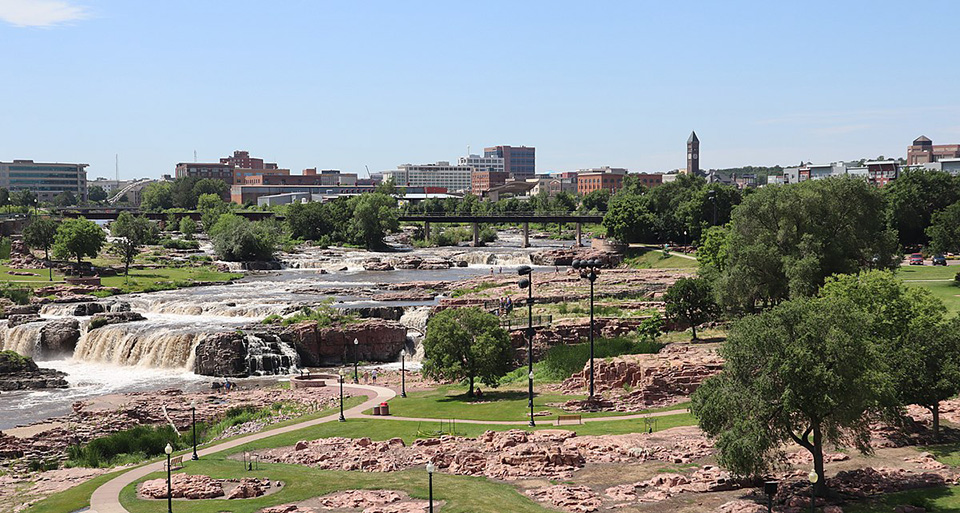 2020 was a year that sparked an upheaval in the way we work and live that is having repercussions in small cities throughout the US like Sioux Falls, South Dakota. It was the year companies closed their office doors, employees closed their home front doors, and worklife began to take place in the virtual realm: face-to-face meetings happened screen-to-screen, collaboration happened via cloud-hosted documents, work was organized by SaaS platforms such as Monday.com.

As people became used to this new way of working, lightbulbs began to go off. “If I can work like this from home, I can work like this from anywhere.” This was certainly the case for small business owners and Fortune 500 CEO’s alike, who initially saw the new remote-working models imposed upon them as restrictive, and then, on second thoughts, opportunistic. Across the US, state measures for managing the COVID-19 pandemic differed, and many who found themselves confined to the four walls of their houses and apartments began to explore new possible lifestyles in other towns and cities.

One such city was Sioux Falls, South Dakota. Famed for its wide-open spaces, its breathtaking mountain scenery, its friendliness, and a more leisurely pace of life (and snow!), the Stone Shatter City has other aces up its sleeve that are winning the hearts of state-outsiders.

Sioux Falls: From Agri-Business to Amazon

The small city of Sioux Falls, whose name is taken from the falls created some 14,000 years ago during the last ice age, was home to multiple Native American communities prior to European settlement which was established in earnest in the 1870s and 80s.

In the first half of the 20th Century, Sioux Falls’ population blossomed thanks mainly to the agricultural industry and the opening of the John Morrell (now Smithfields Foods) meatpacking plant and nearby stockyards (one of the largest in the US). Agri-business is still at the heart of Sioux Falls today.

However, Sioux Falls began to catch the eye of other industries, including finance. In 1981, Citibank, taking advantage of recently relaxed state usury laws, moved its primary credit card center to Sioux Falls from New York. Wells Fargo followed suit and soon Sioux Falls found itself home to a thriving financial industry which became a major employment sector. Healthcare is another major employer in the city thanks to its four major hospitals.

Fast Forward to December 2020, Amazon announced the construction of a five-storey, 640,000 square foot fulfillment center in Sioux Falls. Due to open 2022, it is expected to provide around 1,000 jobs for the local community.

For many years, Sioux Falls has been an attractive option for working and living.

Sioux Falls has consistently been ranked by Forbes magazine as the Best Small Place in the US for Businesses and Careers, thanks to factors including low unemployment rate, low cost of living (-2% below the national average), and high quality of life. Moreover,  South Dakota is considered one of the most tax-friendly states in the country, having neither personal nor corporate income taxes.

These days, investment in the city, local and incoming businesses is booming. Forward Sioux Falls, a program that has so far raised $52 million to “enhance economic development, recruit workforce and improve the quality of life in the region,” is pushing ambitious agendas to create 4,500 new direct jobs above median wage and $500 million in new capital investments by 2026.

Major developments are also underway, with city building permits skyrocketing, and an extensive redevelopment of Downtown Sioux Falls in the offing.

These are just some of the qualities that are attracting business owners and newly remote-workers from as far afield as California, Washington DC and Colorado to pack up their laptops and start afresh in Sioux Falls.

A virtual business address and mailbox service is an excellent way of getting yourself on the local map while keeping work and home life separate and keeping costs low.