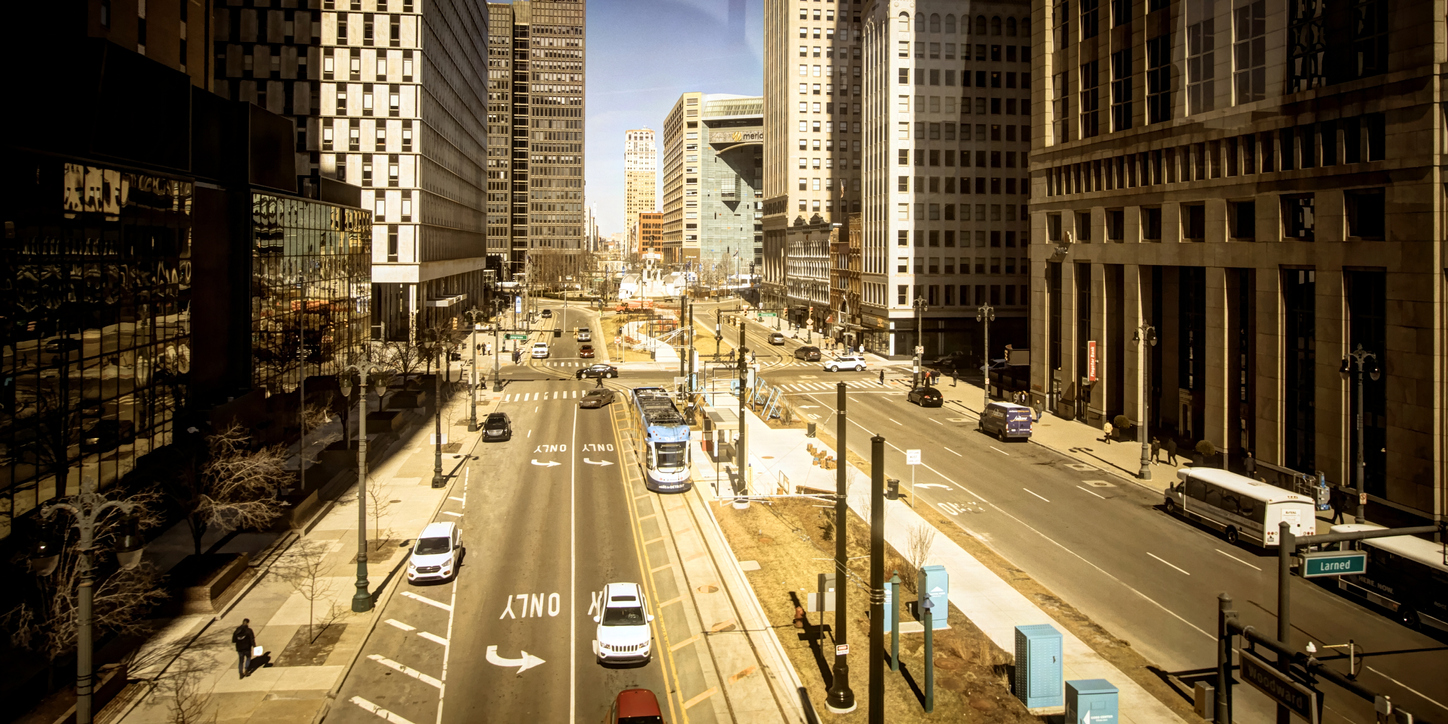 Fewer US cities have had their rise and fall documented more than Detroit. The birthplace of the automobile and production line, in the first part of the 20th century Detroit’s automotive industry continuously pioneered new approaches to manufacturing, driving a boom in the city that, at one stage, led it to account for nearly 30% of national GDP. Like Silicon Valley today, in its heyday, Detroit attracted workers and innovators from far and wide.

Following years of decline, Detroit’s automotive giants are now once again facing the future with confidence and new ways of thinking, both in terms of the future of mobility and their working practices.

In this blog post, we look at how some of the US’ most traditional companies are responding to the changing work environment and evolving their long-standing work practices to embrace the modern remote and hybrid work.

In March, Ford became the first of the “Big 3” to announce its intention to give salaried workers more flexibility in their working locations. While there is no specific policy so far published, the Detroit Flagship employer looks set to adopt a hybrid working model stating that their non-site-dependent employees could agree on flexible working locations and hours with their managers.

One of the locations available for flexible working is Ford’s engineering campus which is undergoing renovations to create new “collaboration centers,” which, like co-working spaces, can be reserved by employees to meet and collaborate with co-workers.

With the announcement of their “Work Appropriately” initiative, GM became the first of the giants to commit to a hybrid model for their workforce.

They announced the move in April 2021, stating that it was not a policy but a culture shift that provides many of their 155,000 employees greater flexibility to work remotely or from the office as they judge necessary in order to perform their jobs.

Like many other Fortune 500 companies have discovered, the shift is driven primarily by the need to attract and retain the top talent which, over the last 18 months, has grown used to having greater autonomy in their working practices.

“COVID has had such a profound effect on all of our lives,” said Laura Jones, GM’s director of global talent. “We started thinking about a post-COVID state. It’s not about a policy or a one-size-fits-all approach, but rather a solution and mindset that suits everyone.”

The last of the Big 3 to release details of their transition to a hybrid work model has been Stellantis (formerly known as Fiat Chrysler).

Announced in May, Stellantis’ “New Era of Agility” expects to see 70% of work being executed remotely and 30% carried out on site.

The program was launched based on the feedback from Stellantis’ 17,000 employees, the majority of whom are Detroit-based.

“We want to be able to retain our top talent and attract new top talent and diverse talent,” Dziuda said in an interview with CNBC. “As we know, a diverse culture results in better innovation.”

Outside of the Big 3, Daimler, Honda, and Toyota also announced they would be embracing working in the digital age in order to remain competitive among their peers.

Daimler’s (MI Detroit Diesel Corporation) approximately 2,500 employees in Detroit have access to Daimler’s “Mobile Working” program, allowing them to design their own workplace, be it from at home, on the road, or anywhere else.

Meanwhile, Toyota announced in March 2020 that it would allow eligible employees to work from home permanently, with Honda echoing Toyota’s move in a press announcement in August 2021.

SaGE is rising to meet the needs arising from evolution from office-based to flexible, employee-empowered working practices with a national network of co-working spaces and virtual office services. SaGE@Detroit provides a range of desk, meeting, and event spaces in Downtown Detroit which can be booked as-needed or on a regular basis. For more information, go to sageworkspace.com and search Detroit, MI, Workspace.